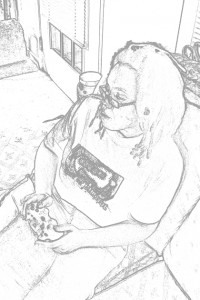 So… console systems aren’t so bad after all. But I need game suggestions.

I spent some time this weekend getting more comfortable with our new XBox and PS3. I asked Greg to find me a Diablo-like (because I was driving), and he made me a short list of games to demo, warning me that I probably wasn’t going to find anything really like Diablo/Torchlight (which I have on PC). Their “click-click-click” gameplay style may not translate well to consoles. 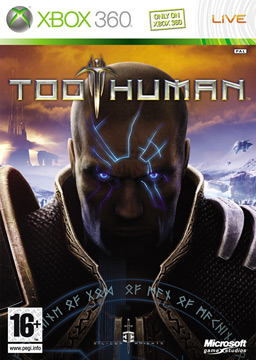 The played the demo twice again using the other two classes available in the demo (the Champion and the Commando) and was less impressed with their particular styles, but still found the game fun.

The game also got very mixed reviews, which, after reading them, doesn’t bother me in the least. The reviewers mostly seemed to say, “Hey, this isn’t a very good RPG game.” Which I wouldn’t classify it as anyway.

Greg was surprised that I liked such an actiony game–despite the fact that we just finished (finally!) Borderlands and that I’m neck-deep in Torchlight, and so changed his recommendations. (I couldn’t find a demo of Fable on either system anyway.)

Next up, then, was God of War III (PS3). Modern video game names being what they are, I was confused as to why he wanted me to play that awfully confusing grey-and-brown game that we’d played briefly about a couple of years ago. 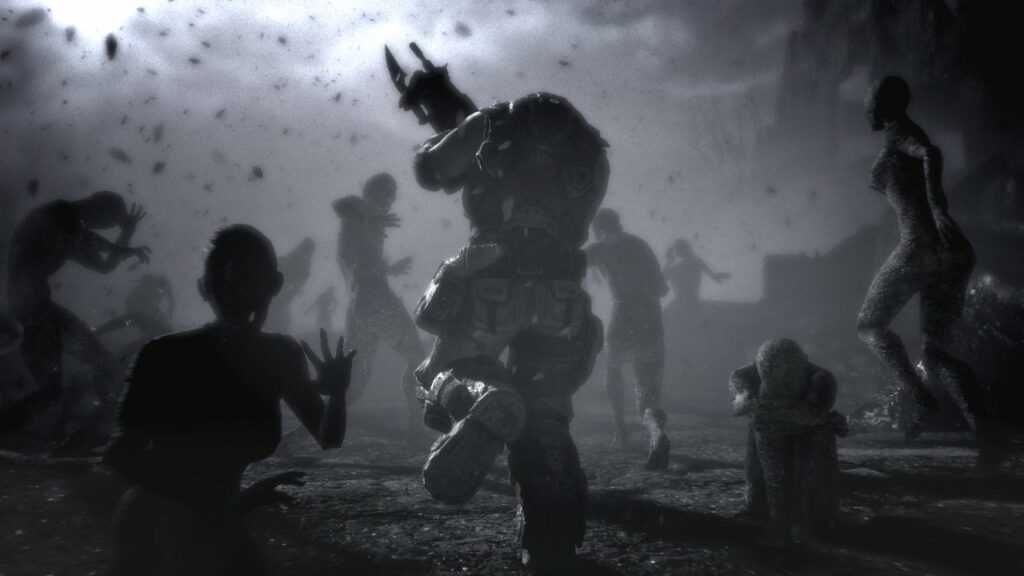 Anyway, God of War had some of the same smooth gameplay that I liked in Too Human, but it added a layer of complexity that I didn’t appreciate: the hanging/jumping off the birds, the more-awkward switching between the bow and melee, and absolutely worst of all:

I watched Greg play Prince of Persia (2008), so I’m familiar with the weird fight-on-a-script thing, but I felt like God of War totally took away my agency in the battle. I wanted to hit the enemies myself and build my own combos through to the end, and suddenly I had to press one specific button, wait to be told what to press next, watch my character jump around awesomely and growl, press another single button, etc.

It stopped being a fight and started being a cutscene that I had to pay attention to so I could twitch appropriately. I felt more cheated than if they’d just cutscened a finishing move.

The brutality in the game actually bothered me, too, namely the vicious hanging off the birds, slamming civilians’ faces into walls, etc. I’ve never played any of the other God of Wars, and the demo included no story whatsoever. I seemed to be playing the world’s largest douchebag.

With that out of the way, I moved on to Bayonetta (noise-making site!), which was pretty much the most confusing awesomesauce I’ve had the joy of sipping. Again, the demo had no real story (I wish it had), but the off-the-wall craziness was really fun and the control scheme was straightforward. Its finishing-move style for enemies was much more to my liking than God of War‘s, which was more a cutscene with “press this to make even more”. Then again, I didn’t really feel a need for any special big-baddie endings in Bayonetta; the fights were awesome enough without.

When Greg suggested Devil May Cry 4 next, I said, “Hey, isn’t that the jungle game I saw Guy play back in college?”

After he picked himself up off the floor from laughing, he said, “No, that was Far Cry.”

What’s with these games’ names? So much war, so much crying.

As soon as I saw the title screen for Devil May Cry 4, I asked Greg if he’d played a demo of a game in the series on his PC, because the art style and character made me think of that elusive cutscene Greg and I still haven’t pinned down.

We hunted up cutscenes for a minute, but alas, our mystery cutscene doesn’t seem to be from that series.

Devil May Cry suffered from some of the clichés that Too Human and Bayonetta blissfully managed to avoid, namely grunting or shouting when jumping/rolling/swinging the blade/etc.

Who wants to hear that for 10 hours? Straight up Zelda mess:

So I’ll probably get Too Human on disk at some point, and maybe Bayonetta, but I want suggestions for other games more like Too Human (less goofy). Thoughts?