I don’t know what is wrong me right now, but I am a mess, and it needs to stop. I’ve been crying all weekend randomly, my stomach is is knots and is completely refusing to hold anything I put in it, and I am so tired.

A week in review: Last Sunday, I got news that two of my bestest friends ended their four-year relationship. Four damned years. Talking on the phone with one of them that night didn’t alleviate my fears of something drastic happening when I could do absol-fucking-lutely nothing about it. Not that it was anything that was said, but four-year relationships can hardly be ended without a great deal of pain, and I worry. So that started anxiety (nightmares and sleepless nights) about possible suicides or violent crimes or any other variety of things that haven’t seemed to have happened.

Monday thru Wednesday, I worked on a take-home midterm for my databases class that was very frustrating. We have barely done any practice on the concepts we’ve covered, have no idea where to find practice for the things we’ve been talking about, and then bam, here’s a ridiculous midterm. So come Thursday, I opened discussion on the exam in class and let him know exactly what I thought of it. I despise anonymous feedback–I know I talk and write in a particular way, and I suspect my feedback is hardly ever anonymous to the prof who reads it, so I have no problem going ahead and signing my name on it, or just talking face to face about it. I wasn’t… mean, per se, but the failings in the way the class was structured became very apparent in taking the exam. All I wanted was for him to provide some ways for those of us that care to practice–there’s no need to go through the rigamarole of assigning homework and grading it, but something would be nice, because we don’t even know where to start. Although I suspect he will be lenient in grading, the entire situation was frustrating, because our only opportunity to really bring the grade up will be on the final, and I still need to learn the first half of the term’s material, in addition to the second half, of course, before I take the final. So that’s frustrating, because I really fucked myself over this term in a class that I wanted to go so well.

Wednesday I got some bad, and potentially horrific, news about a friend’s health. Insert anxiety (see above about nightmares, etc.) about various possible maladies. I don’t think I will be fully reassured until I hear about test results.

Thursday, I was knocked completely off balance (mentally) by a weird event while I was doing the Thorn, which has certainly not helped matters. Insert more anxiety, and add complete (and lingering) mortification. And then, of course, I messed up layout on one of my pages, and Bob or Luke had to fix my stupid mistake after I hightailed it out of there.

Friday was the chemistry test. I get to Dr. M’s office that afternoon, and she can tell I’m still a mess, so she asks what’s going on. Guess what I did. After I regained my composure, we took a walk to the wetland behind the campus that she wants to study, and we talked about how I (or we, really) can fix my chemistry situation. That woman wins, for helping me get over my panic and realize what I need to do. Of course, it’s in her best interests for me to do well on this particular subject, because, since we’re dealing with so much “water chemistry” in her research, acid-base chemistry is crucial. Insert anxiety about having to repeat a damn general chemistry course, failing more tests, losing my research opportunity with Dr. M, and the suddenly increased workload as I learn how to connect the concepts with the methodology of the math of chemistry.

Also Friday, I went home with Mae. She’s been stressed, I’ve been stressed, and we wanted to have some fun. So we made Nigella Lawson bagels from scratch. She needed to unload her problems, so I learned of an incident I can’t even repeat here. Insert anxiety about Mae’s possibility for being a Sophomore Advisor next year (I will personally raise Cain with a couple members of the administration if she doesn’t get it and I suspect foul play), one poor girl’s mental and physical health, and the added stress on my current Sophomore Advisors. Asking me about my RA right now is liable to get someone hurt.

Saturday, I walked in Indy’s Race for the Cure. Not a terribly stressful event, but the girls driving up from Rose were late, and both Mae and I were pretty much riding the razor edge of breaking at this point, so we just got the girls started in the race and stayed away from them; only a handful of people know about the above event, and that’s something of a burden right about now. I know I was a completely cold-hearted bitch all day to everyone except Mae, but I didn’t want anyone to approach me, talk to me, touch me, look at me, anything. I didn’t know if I was going to kill someone or just plop down and scream and cry like a baby.

I get home on Saturday afternoon, and find my father is demanding I send something back to him, that afternoon. He even wired money, because I told him that morning it would be Friday before I got paid and that he’d have to hold his horses; I don’t have enough damned gas to get to the fucking store to get what I need to send him the package, much less the money to get the gas to fulfill his demand. So I’m like, “Oh shit, he’s pissed, I’ve been broke for about three weeks now, I don’t even think a fucking post office is open at 15:00 on a Saturday, and I have no gas.” So I steal Nikolai’s car, and commit my own form of destructive behavior by zipping through traffic and cruising at 90 mph on the highway when it’s fucking raining, and get the stuff I need to mail his package. I’ll overnight it Monday from campus, I suppose, and just mail him back the change from the money he sent me.

Saturday night, I finish moving my books into the Thorn office. Insert anxiety about Luke or Bob kicking me out, since I’m not doing Thorn business when I’m in there. Bridget finally caught on to the fact that I’ve basically moved out, and she made some noise, but I was so stressed about everything else, I couldn’t even convincingly pretend I cared about what she was saying right then. Nikolai and I hung out in the Thorn office while I hit the books, which was a good distraction. I suspect if I’d been alone I would have just cried, and instead, I managed to get all of my Calculus and a bunch of my Gender Issues stuff done.

I just know I’m over-reacting to everything, and being overly emotional, and causing myself too much stress, and that I got myself into this academic hole. But, of course, feeling like shit about feeling like shit isn’t helping. I just kinda don’t know what to do. It’s been a long time since I felt like this, and back then, many of the physical symptoms were induced by the shit my parents had me on–Wellbutrin, Prozac, the usuals. I just feel like I need a weekend from my weekend to cope with all this before resuming classes tomorrow morning.

I didn’t think I could still cry over an exam.

I just failed another exam in chemistry. I failed my first one, got a low A on the second one, and just finished bombing the third one (worse than the first) fifteen minutes ago. I got back to my room, packed for my trip to Indy this evening, and was on my way back to the Thorn office when Mae saw me and asked what was up. I then proceeded to break down and cry like a big fucking baby in the middle of the hallway, complete with sobs and blubbering. I cleaned up a bit, made it down to the Thorn office, and now I’m doing it again.

I am so obviously not on the ball. Anything not academic will have to take a third- or fourth-row burner (I guess I have a big stove, huh?) until I’m certain I can get at least a B in both chemistry and database systems. I am not going to get my first damn C ever in fucking intro/general courses.

I read this (from ZDNet UK)…

“It is this switching cost that has given the customers the patience to stick with Windows through all our mistakes, our buggy drivers, our high TCO [total cost of ownership], our lack of a sexy vision at times, and many other difficulties […] Customers constantly evaluate other desktop platforms, [but] it would be so much work to move over that they hope we just improve Windows rather than force them to move.”

…as I sit in the Thorn office running Windows, and find myself hoping this whole “David” thing isn’t a hoax. I’m not a Microsoft hater, really (I have fun with ASP, after all); I would just like some damn elbow room from their all-pervasive presence. 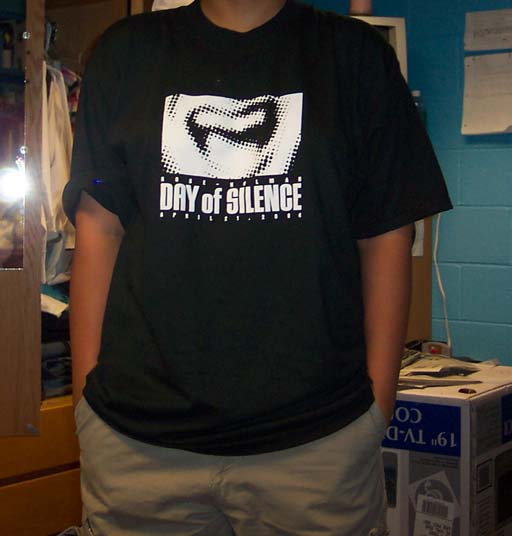 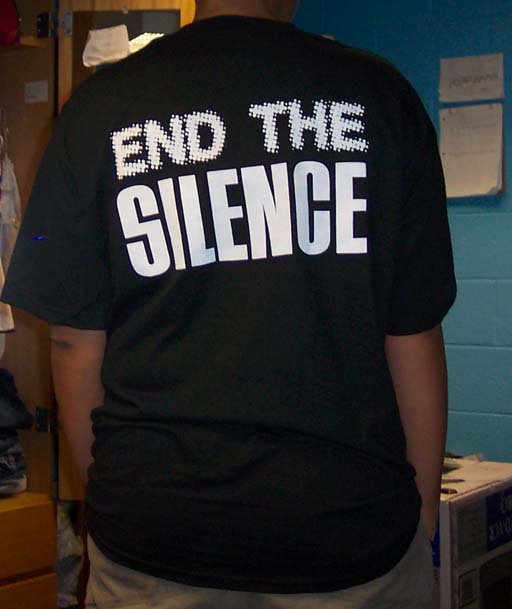 A riveting article on Slate about the motives behind the Columbine killings–the head shrinks aren’t just chalking the killers’ motives up to a “we’ll never know”, apparently. As a sidenote, Robert Hare’s Without Conscience book sounds interesting; I would be curious as to whether the psychologists/etc. are reaching for closure, or if Harris really is as open-shut a case as the article makes it seem. (Link courtesy of Mark.)