There’s a bit of everything in week’s internet cruising: 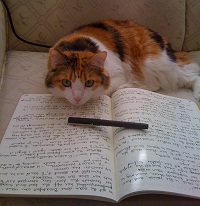 “Spiral’s End” is a new Transhuman Congress story, and is a step in Lina’s path to her corronation as Empress, mentioned in “Cultivating Progress“. It’s part of the “Rise of an Empress arc, which the other Lina development stories have been moved into.
END_OF_DOCUMENT_TOKEN_TO_BE_REPLACED