All that’s left are little bits, the plants, and the cleaning.

We had amazing and invaluable help from Chris and Shurn, but I’m pretty confident that our next move will use hired help. It’s just not cool to inflict that on people you love.

END_OF_DOCUMENT_TOKEN_TO_BE_REPLACED

I have pictures as the house gets cleaned up one box at a time. I moved in successfully (barely) last Friday night (the 29th). 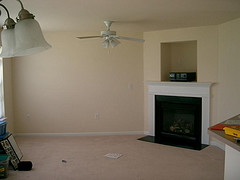 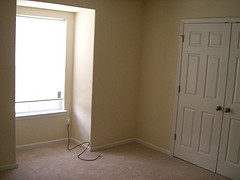 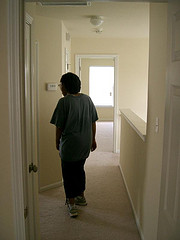 And after I got my stuff in: 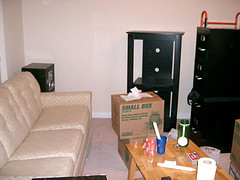 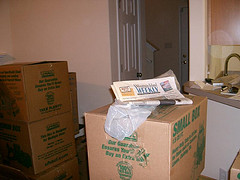 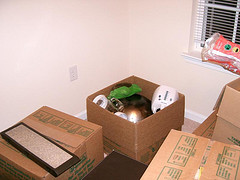 I had no idea that I had that much furniture. I feel better in that Greg’s been living like a hobo in terms of home decor and that I’m essentially furnishing the entire house. That didn’t make the move any easier, though, except that we didn’t have to move an equal amount of furniture on Saturday.

Jackie was scared shitless all throughout the move. They were both so bewildered by the whole thing, although they love it now. Here’s Jackie, mewing pitifully: 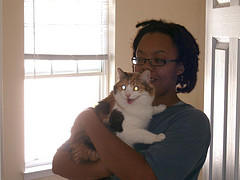 Utilities were a bit troublesome to get set up. I’d planned to sleep in the house on Friday night, so we tried to get the water setup on Thursday — no go, because a faucet was on. This meant that Greg had to stay in the house all morning on Friday (while I did car trips of my stuff) to wait for them to turn it on. Luck struck, and they came just as we were making contingency plans for handling the pick-up of the U-haul.

I could make due with just running water. I’ve got a flashlight and some candles.

We hop out to pick up the truck and load it up. That goes fairly painlessly, except that the cable guy is scheduled to come by between 18:00 and 21:00 — and I don’t get the truck until 15:00. That meant that Greg had to run back to the house after we’d gotten most of the big stuff in, while my neighbors nervously watched me as I heave-ho’d everything else into the truck.

I just about filled a 14-foot truck. There was a little space up top where more stuff could have gone.

Now, the electricity was also supposed to be turned on Friday — between 08:00 and 21:00. Of course, it wasn’t on my 21:00, despite the fact that we’d kept the breakers off all day except for quick checks. I call and bitch, and they say there was load on the circuits when they tried to turn it on.

Well, maybe they came by during one of the 5-minute periods we testing to see if power was on. I try to give the benefit of the doubt…

So anyway, I tell them to come out again, and to have the person please knock on our door if there’s a problem. We get power at 22:30, or thereabouts.

Saturday morning, we’re off bright and early-ish to get Greg moved. We were definitely hobbling that morning, and I’d packed the wrong clothes, so I was in pajama pants (and no underpants) for the move: 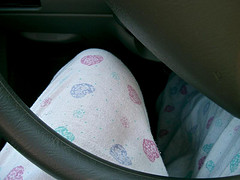 Not comfy. At all.

I was quite glad to see the last of G’s dungeon: 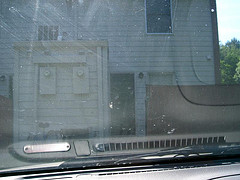 We loaded ’em up and shipped ’em out: 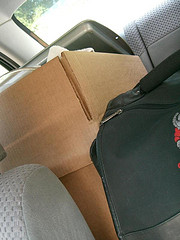 Once we unloaded and returned the truck, I set about getting all the boxes into the rooms of their final destinations. And then, of course, I set up my stereo: 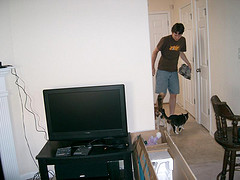 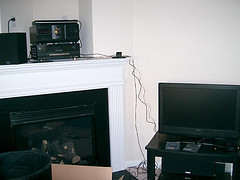 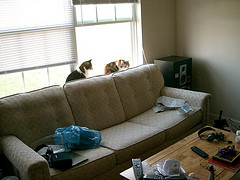 Then a place to eat: 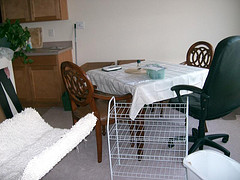 Here’s the look Greg and I shared by that Saturday afternoon: 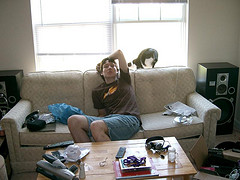 Everything else has been pretty ho-hum… until this past weekend. I had the joy (for real, no sarcasm) of mowing my first lawn. That shit is fun as hell. We got ourselves a little push mower, and once I figured out the basics (i.e., overlap rows!), I was good to go, and ready to do it again later that afternoon. 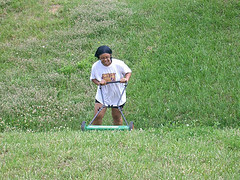 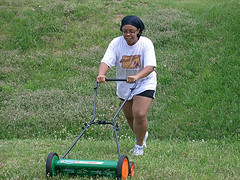 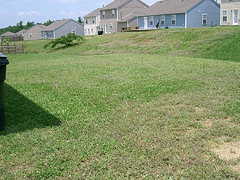 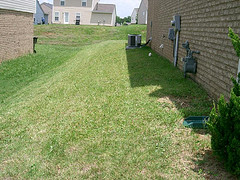 Greg took care of turning over the dirt around our little bushes. We need more mulch, but here’s the beginnings of his handiwork: 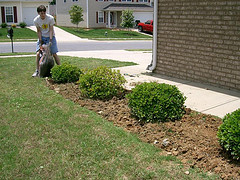 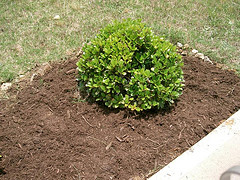