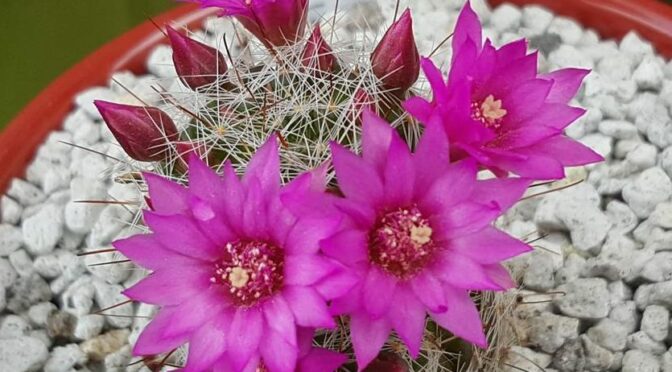 Bet you never thought you’d read “my” and “baby” in the same sentence unless a plant or a cat was involved, huh?

Well, this ain’t a baby I want, either.

Content warning: below the cut is medical and biological talk, including descriptions of physical pain (but no pictures). Also, NSFW language, which honestly shouldn’t be a surprise around here.

If you don’t want to read all this unpleasant stuff, here’s the short version: I’m having a hysterectomy on October 10, and this is a welcome event.

Back in February, I was minding my own business one evening when I had a sudden, massive womb cramp. It persisted for many minutes, which might make it a contraction instead of a cramp; I don’t know.

It was awful. I immediately went lightheaded with dim vision, sweating, and nausea. Beyond the general cramp, it felt like someone was grabbing my cervix and pulling up.

I crawled out of the bathroom and laid on my nicely cold concrete floor until the lightheadedness passed enough for me to check whether my IUD had fallen out. Nope. But my cervix hurt, and folks, that pain is a mindfuck for me.

I got in to see a gynecologist within a few days. Not my gyno, who was unavailable (and soon after left the practice), but a rando who could fit me in ASAP. He said everything seemed fine and had no explanation other than to schedule an ultrasound for a week later.

Fuuuuuuck. My cervix continued to hurt.

The ultrasound a week later revealed a large fibroid. Like… large. They thought it was my uterus initially. It clocked in at a nice 10 cm (slightly bigger than a softball), and in my bathroom episode, it had pushed my IUD down out of place. The IUD had to go, which proved somewhat difficult after over a week of it lodged down in my cervix, but the pain eased up within a couple days of that visit.

In that visit, though, we discussed options for the fibroid. Despite the IUD shove, I hadn’t been showing symptoms of a big fibroid up to that point. I didn’t need another form of birth control, so no hassle there. We discussed some surgical and radiological options (it was already too big for one surgical option) and he suggested a wait-and-see approach for a six month period.

Over the course of those six months, I had four more massive cramp episodes, a few more minor ones, my periods got really heavy, I started staying nauseated, my bladder started being squished, and my tummy kept getting bigger (and getting in the way very uncomfortably).

This doc wasn’t great at providing information or support in the meantime. Weeks to return online messages; responses to phone and digital messages having an “well, obviously” tone to them. I didn’t expect to have a single other major cramp episode—I thought that was due to the IUD. To have multiple? Oof. To ask “OMGWTFHALP?” and get a terse answer of “That’s just degeneration. Take ibu,” is toeing unacceptable.

My ultrasounds in August revealed a 14 cm fibroid that stretched from cervix to navel and could be felt by pressing on my tummy. It was 5.5 times the volume of my uterus.

Fuuuuuuck. This alien baby had to go.

(How big is 14 cm, you ask? Take a look at these fruits, although mine is not really spherical, also having a diameter of 12 cm in another direction.)

This doc—who is now definitely not my gyno of choice—went through the surgical and radiological options again, except this time, I’d done my own research (you best believe I was inspired to research while I was writhing in bed, unable to breathe those four times). This doc was real hesitant on the option I wanted: a hysterectomy. It was the standard “You’re young” and “What if you meet someone later” spiel that has kept me from being able to have a permanent birth control surgery for the last 14 years.

After a lot of back and forth and some too-vaguely answered questions, I come away with another “Don’t give me an answer today. Just think about it,” from this doctor and the news that if I want a hysterectomy, it should be a bikini cut hysterectomy, which has a 6 week recovery time.

That was a big bummer. Robotic methods have such great recovery times, but for a fibroid that size, they can’t pull it through my vagina and it’s a cancer risk to “morcellate” it (shred it and pull it out of small incisions).

(Please do not go search the internet for what a “morcellator” looks like.)

Add to this that things were very hectic and stressful at work, and the idea of a 6 week leave barely 6 months into my new job had me legitimately pausing. But other methods that remove just the fibroid don’t guarantee that I won’t have another growth in the approximately 20 years I have until I hit menopause.

This doctor was decidedly bad at answering basic questions like, “I work a desk job and can work at home. How much leave do I actually need to take?” That’s a basic-ass question. He did suggest, however, that I get a second opinion.

After asking my physiologically similar friends for good gyno recommendations (since I needed a real one anyway), I took my radiology report to a nice, clear, concise doctor who said, “Look. Even if you accepted the cancer risk for a laproscopic hysterectomy, the robots have to be able to see at the navel incision point, and this is just too big. Do you want kids? No? A bikini cut hysterectomy is really the best option.”

Now, I should make clear that I wanted a hysterectomy, and I told her I was leaning that way. I double-checked my research on the flaws of the other methods and got way more complete answers from her than the other doc. She understood what it meant to live alone with pets and take care of them post-surgery, and clearly explained why I couldn’t just hop back into working from home a week after surgery.

After an exam and some blood work to make sure I hadn’t bled away every red blood cell in my body over the last few months, my surgery got scheduled: bright and early on October 10, I go under the knife. It honestly can’t come soon enough—I feel like hot garbage all the time if I’m not on a serious painkiller.

I’m nervous. This is a much more major surgery than the shoulder surgery. Not only am I losing an organ, but it’s open surgery (the shoulder was laproscopic).

I’m also excited. No more pain, no more periods, no more pregnancy concerns, no more fibroids, no more cantaloupe belly. I don’t expect recovery to be easy or painless at all, but I’m keeping my eye on the long-term outcome.

5 thoughts on “My Alien Baby”