This was my weekend. That is all.

I was sitting last night, watching Andrea play with–then struggle with–Aundris, and I realized that they are beautiful. Everyone (myself included) has had so much to say about these two people and their lives and who’s in it and who’s not, but they are beautiful and they are people.

Why haven’t we respected their sovereignty?

END_OF_DOCUMENT_TOKEN_TO_BE_REPLACED

Given a large block of dry ice and the following substances, create an hour of fun for three people:

I was very late picking up the camera and had a hell of a time getting the 55-200mm lens to focus, but here are some shots:

END_OF_DOCUMENT_TOKEN_TO_BE_REPLACED

I finally got around to putting up the pictures from the Tampa trip.

That Saturday was our beach day. We walked for a while on one beach, chatting and playing around: 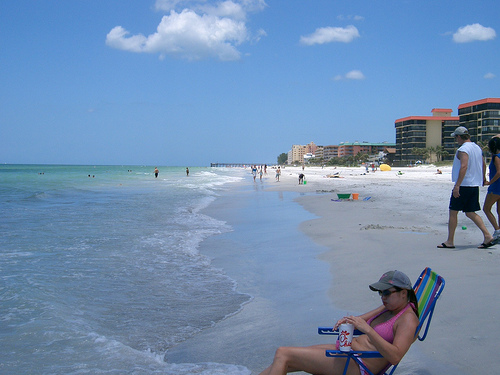 We ended up increasingly in the water, despite the fact that Dre and Tyrone don’t swim: 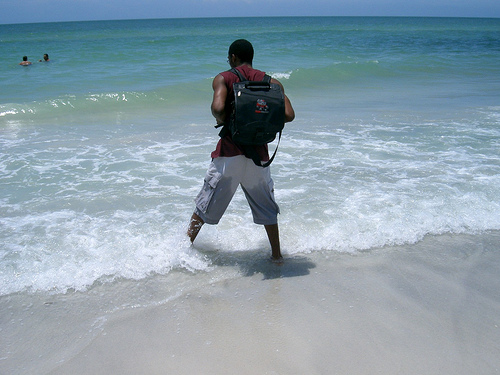 Hell, I was wearing jean pants and a fancy shirt, and I got submerged. We finally bought me and Tyrone swimsuits from a little shack on our way to the second beach. We played for hours in the water: tag and variations thereof, me trying to teach them how to float and tread water, etc.

We ended up cooling down in a swimming pool (in the rain) after leaving the beach. It was a very wet day for us.

As I mentioned before, I ended up with my very first sunburn. Greg said it was mild, but I was plenty impressed with the pain. I even peeled for several days. Ew.

Dris did us a very nice tilapia fish fry that evening. I don’t have a picture of the final product (I was too busy smacking and licking my fingers), but I did get one of the fish swimming their final laps: 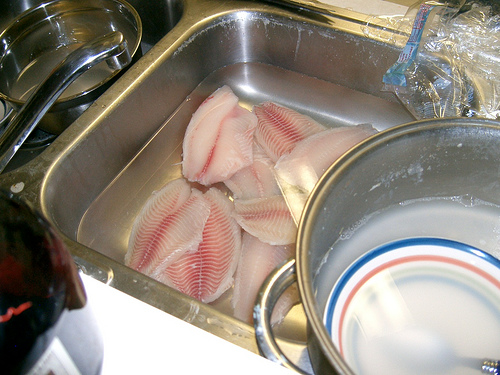 Of course, the star of the show (who didn’t accompany us to the beach) was Dre’s Little Man:

I’m always amazed at how much time and energy parenting takes. Kudos to Dre and Dris.

Two years without seeing someone is such a long time at our age. It was good to be around Dre again, but we’ve grown pretty far apart. We haven’t done much to keep up with each other, so I’ve only been hearing about the stressful things in her life (through Tyrone), and was worried that she was getting curb-stomped daily by everyone around her.

Very much not the case, thankfully, but she has become a Parent, while I’m more of a… I dunno… Career Woman (more self-centered, my time is my own to give, etc.), and I felt that divide pretty sharply throughout the trip, despite liking Dris and Little Man.

It was a lovely trip, though, and I was sad to go home. No beaches, Dre, and (Aun/I)Drises in Charlotte.