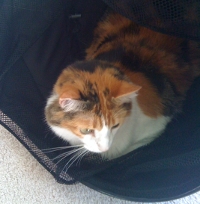 This has been a far crazier week than I thought it would be, hence the lack of writing here in any form. I worked at the hospital last weekend, and as I was moving an absolutely insane number of charts–more charts than I’d seen in about two years, when we starting doing a lot more digitally–I reminded myself why I have that job. Multiple streams of income. I’ve Greg started a new D & D game this week at the house, and I’m getting to play with all-new folks. A couple of guys from the LARP I do, one guy from work, and good ol’ Nathan.

Greg tried something this game that we’d never done before, and that was to use the Dawn of World (PDF) rules to have us collectively generate a world. We played D & D gods–Avandra, Zehir, Ioun, etc.–and created the world with our own flavor, everything from mountains and rivers to D & D races. Greg let us go decently far with changing stereotypes, so we were able to build civilizations with specializations and tech that differs from the stuff in the books. We’ve got a floating island, a nearly wiped out Elandrin civilization, a protected civilization of Wilden living in and around a forest of… well, let’s say Melora’s avatar is named after THC.

He’ll write up the world history from that session and make a world map, and then next session we’ll make characters in that world and be off on our crazy adventure. I think it’ll be a blast, especially once all the players learn about each other and settle into things.