My first financial advisor discussions have ended with a quiet crash and burn. The Bogleheads’ Guide to Retirement Planning warned me about commission-based folks. I listened to them and then called him on some junk. 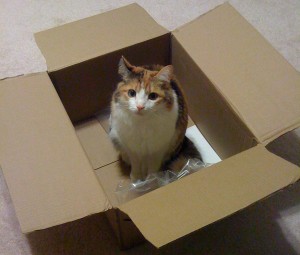 We met yesterday to catch up on some of the things we talked about the first time, such as pre-tax vs. post-tax investments, “real wealth” vs. “paper wealth”, etc.

Showstopper: he was trying to sell me insurance.

Lousy insurance at that.

His ideas of safe, “real wealth”, tax-protected investments were whole life and variable universal life insurance. Which he’d get a commision on for selling me.

Dave Ramsey argues against permanent life insurance, but doesn’t really get into the nitty gritty of it. Bogleheads does better, mentioning specifics like the loss of 33-50% of premiums to fees. So I asked to see a chart of fees and expenses for the VUL (variable universal life) plans he was proposing from New York Life (and yes, I’m calling them out).

50% of the first year’s premiums in expenses.

Funny how this is preached as being safer, more efficient, and more guaranteed in returns than a simple index bond fund. He even pushed that the fees I was paying for my IRA would be significant enough to make this insurance business a viable options.

In the two weeks since we last met, I’ve read two finance books: Generation Earn and The Bogleheads’ Guide to Retirement Planning. Now, this man couldn’t have sold me permanent life insurance even before I read those books, but I went armed yesterday with enough knowledge to change up the discussion. The look on his face when I asked to see the expenses…

It was fun, and we’re done.

Maybe permanent life insurance is a good idea for some people. I don’t know. I’ve got term life, and quite a bit of it, but I can’t speak to how I’ll feel when that runs out in a couple of decades.

Although our discussions have ended, he did introduce me to some interesting considerations on pre- and post-tax savings. For instance, I don’t necessarily expect to be in a higher marginal tax bracket in 40 years, but I do expect taxes to be higher then (courtesy of social services). Now I’m thinking about how that should influence pre- and post-tax contributions, but other than that, it was a wash. Too much conflict of interest.

One thought on “Financial Advisor: Not This One”